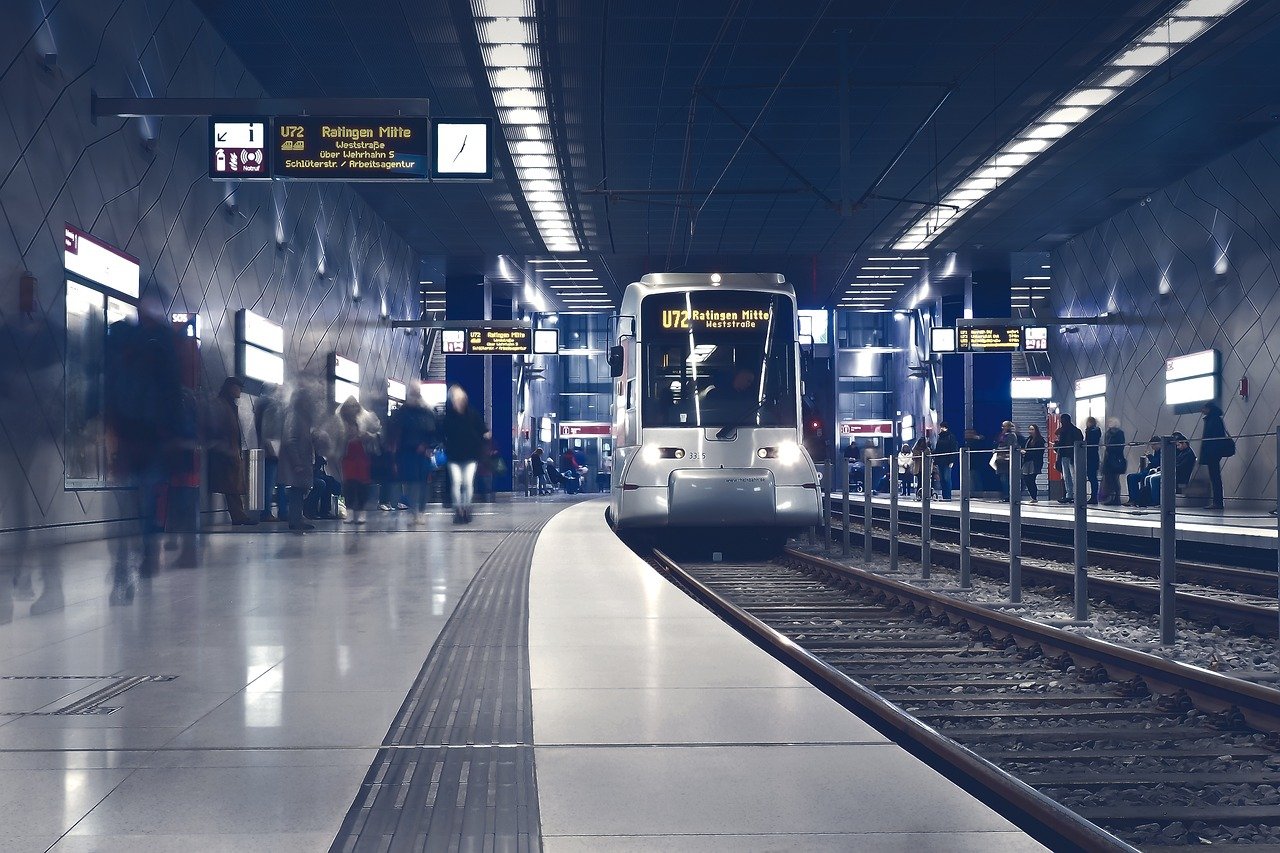 Public transit displays are something that most people don’t spend a lot of time thinking about. But when you are running late or there is a major disruption, not having the information you need can ruin your day. Fortunately, agencies are responding and coming up with new ways to get information to customers better than ever before.

Like most things that are design-based, it is sometimes easier to identify what is wrong with something, as opposed to what is right. The same applies to public transit signage. You know bad signage when you see it, but it is harder to identify what works.

Public transit displays are something that most people don’t spend a lot of time thinking about. But when you are running late or there is a major disruption, not having the information you need can ruin your day. Fortunately, agencies are responding and coming up with new ways to get information to customers better than ever before.

Like most things that are design-based, it is sometimes easier to identify what is wrong with something, as opposed to what is right. The same applies to public transit signage. You know bad signage when you see it, but it is harder to identify what works.

In 2019, Americans took 9.9 billion trips on public transportation. Additionally, since 1995, public transportation ridership has increased by 28%. This is a higher growth rate than the 23% increase in the American population at the same time. However, transportation numbers haven’t been equal across the different modes of transportation. For example, buses have seen a decrease of 14% nationwide since 2013. Much of this is thought to stem from lower fuel prices and the proliferation of ride-hailing services, like Uber and Lyft in major cities. However, research also shows that the overall navigability of the system can push people away if it is not adequate.

Public transit displays matter because they provide critical information for their users. Many transit agencies have worked hard to improve their smartphone applications. Agencies shouldn’t assume that everyone using the system is navigating by smartphone.

Signage at a train station or bus shelter is a good way to remind customers about any upcoming changes, such as service alterations or outages. The displays can also include information on instant service updates, or alternatives that might be useful. This helps the user, as well as alleviate congestion in the affected areas.

Along the platforms crowds often group together to wait for a train. This results in trains being boarded unevenly and presents a danger during the coronavirus. Additionally, it can cause delays as overcrowded cars take longer to unload and reload at stations further down the line.

To address this issue, some transit agencies have turned to special signage to help solve this problem. Sensors are placed in individual cars which can gauge how full the cars. This information is then displayed on screens located above the boarding area. So, waiting passengers can see which cars have more room and adjust towards those cars. The result is that passengers are more spread out and the efficiency is improved.

It Helps Ease the Wait

No one enjoys waiting. And while most people find a way to pass the time by doing something on their phone. But what happens when you’re phone dies or you can’t connect to the WiFi.

Rather than stare into space, displays in transit areas can also be used to display content that is entertaining and engaging. For example, viewneo offers the Sentibar Plugin in Germany and Austria. It shows general survey questions, as well as quizzes and trivia. It’s a quick and easy way to make the wait a little easier.

The coronavirus has had impacts on a number of different industries around the world. It has left people scrambling to try and figure out a way to continue their routines while still trying to stay safe. It is critically important that public transportation comes up with new and innovative solutions that allow people to move through cities as before.

That is exactly what a district government in Seoul, South Korea is trying to do with the roll-out of 10 new smart bus shelters. The shelters are enclosed with glass and feature a body temperature check at the entrance, with the ability to block the entrance for anyone with a fever. Additionally, they have UV disinfection lamps and hand sanitizer dispensers.

“We have installed all the available anti-coronavirus measures we can think of into this booth.” Kim Hwang-Yun, a district official in charge of the Smart Shelter project told the Guardian newspaper.

The bus shelters also incorporate digital displays that provide updates on when the bus is expected to arrive and local traffic conditions. Since they have been installed the booths have been used by approximately 300 to 400 people per day. A report by South Korean media indicated that ultraviolet light air sterilizers can break up 96-99% of virus particles.

Using the Power of E-Ink Technology

When most people think of E-Ink or E-Paper they tend to think of book readers. The popularity of the Amazon Kindle helped to cement this in the minds of most people. But E-Ink technology has a wide range of applications, one of the most recent being displays for transportation.

The Massachusetts Bay Transit Authority (MBTA) recently successfully completed a pilot project using E-Ink digital paper displays. The initial pilot project was for 10 solar-powered digital paper signs that displayed arrival times. It has since been expanded to include 18 additional signs at bus stops in six municipalities throughout the greater Boston area. Additionally, new information such as updated service information due to COVID-19.

One of the advantages of E-Ink is that because it uses much less power than traditional signage. This means that the device can be powered by only a small amount of solar power. This allows the devices to be placed in locations where it would be otherwise difficult to reach with traditional power and internet connections.

#Flattenthecurve: How Digital Signage Can Help

Your School Digital Signage – With a Digital Bulletin Board